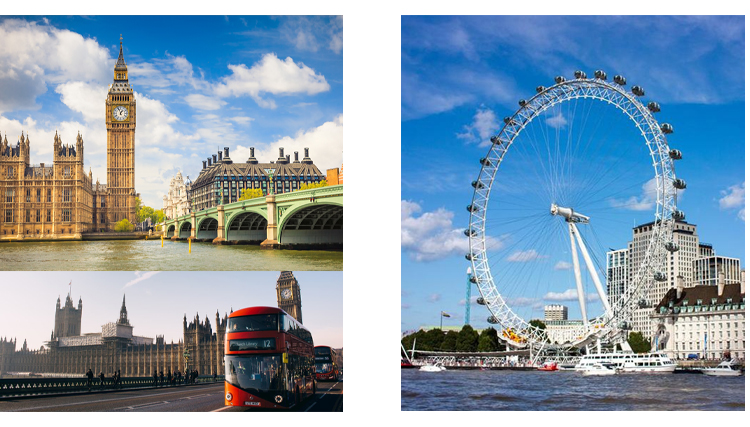 What Makes London A Traveller's Paradise

Few places on Earth attract people from far and wide who are eager to learn from each other's cultures. They want to experience life in a cosmopolitan setting. London, one of the 21st century's economic powerhouses, presents an intriguing image that is both rooted in the past and open to the future. It's one of the few places on Earth where you can simultaneously travel thousands of years into the past and discover what the future holds. There is enough cutting-edge technology to leave you speechless, but those tales from a century ago will likely be what you remember most about your visit.

We frequently argue about which city is the best on the planet, but here are few reasons why London is the best city, leaving other heavyweights such as New York City, Barcelona, and Paris miles behind.

London is consistently ranked as one of the world's most multicultural and varied cities. More than 300 languages are spoken in this city, making it one of the most interesting and entertaining places to visit. Because people from all over the world make their homes in London, taking a vacation is figuratively equivalent to travelling to every other country globally. As a result, you can gain enlightening perspectives on the numerous cultures represented here.

Regardless of nationality, race, religion, sexual orientation, or gender, there is always a place for you in the city. It's possible that having a truly global society is the key to putting an end to worries and concerns regarding newcomers to the country.

Depending on your tastes, London may be a very artistic city. Lovely street art adorns the city's walls, and that's just the beginning. Every time you visit London, you're in for a unique adventure through the world of art since the city is home to various exhibitions, cultural events, and galleries. The city is home to some of the world's most famous artworks and hosts exciting new exhibitions and events. In addition, London has some of the world's best art galleries, and visitors have their pick of anything from classics to curios to the most cutting-edge works of the modern day.

When you're in London, it's not hard to avoid the crowds and find a spot where you won't be bothered by the honking of car horns. However, no matter what section of the city you reside in, you are never far away from a garden or parkland that provides some much-needed relief from the hectic city scenes and allows you to receive a whiff of nature, which refreshes your energies. You may consider London an urban forest because up to 47% of the city is covered in parklands, there are more than 8 million trees in the city, and some are more than 2,000 years old. Although it may look like a concrete jungle, London's economic powerhouse has more parks and other types of green space than any other big city on the entire planet.

There is always something new to discover in London, no matter how long you've called the city home. There's always something exciting going on in London, and the city's many attractions cater to various tastes. No matter how long you want to stay in London, you will never be bored because of the city's plethora of exciting activities, museums, and cultural displays. London is always bustling with activity, regardless of the day or year. There is something for everyone in London, from the timeless architecture of Buckingham Palace and Big Ben to the cutting-edge exhibits of the city's more than 170 museums and the infinite green spaces of its many parks and unique eateries.

There is no place like London when it comes to shopping. Its fashion industry is unparalleled, but that's not all the city has to offer. It also promises to be one of life's most exciting shopping experiences, with opportunities to explore everything from the opulent interiors of renowned department stores like Selfridges and Harrods to little-known flea markets and vintage stores sure to yield a wealth of charming collectables. In addition, there are a lot of fashion and lifestyle bloggers in the area, so you may get some great tips on where to discover the most creative stuff.

A wide variety of cuisines are available in London, reflecting the city's cultural diversity. London is a global hub that draws people from all over the world, and the city's cuisine reflects this diversity. Big things happen during Sunday lunchtime here. London truly has something for everyone, from bustling street markets to fine dining at Michelin-starred restaurants. But, of course, the food in Britain is just as delicious. A visit there may alter your opinion of some of Britain's most cherished traditions.

Try and book some short term rental homes in London the next time you plan to visit the British capital!