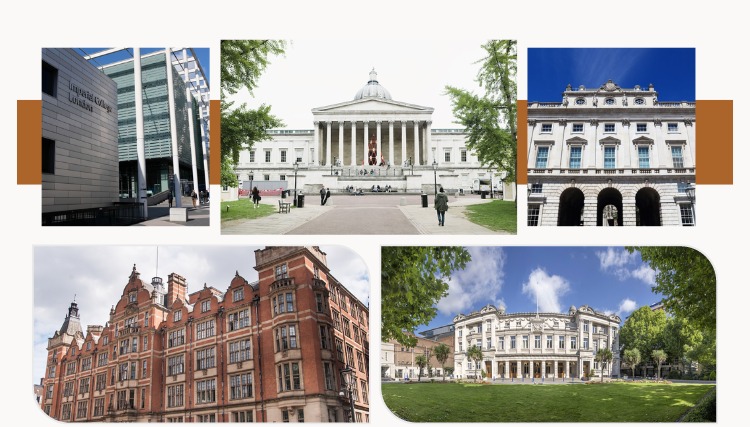 Studying abroad always seems a very lucrative option as you will get better global exposure and a better experience. Pursuing higher education in London is always special for us Indians. Indian scholars have studied in London for knowledge empowerment and better scope. These days there are many other worldwide options available, and people are going to various parts of the world to study and research. Still, the glory of studying in London remains intact.

So if you are considering studying in London's multicultural megalopolis, then you are not alone, as several other Indians are planning for the same. London is regarded as one of the world's most famous cities. Its rich cultural history, heritage, and picturesque landscape make it one of the most popular tourist destinations. London is also known for its bustling shopping areas and is a world-renowned financial district.

For admissions in London you will need to know which of the many universities is right for you. There are more than 40 institutions in and around London, and all have their respective strengths. Here we have jotted down the details of the top five institutions that are world-famous and provide great pedagogy.

Imperial College London is ranked 7th in the world and is regarded as the best University to study any STEM specialization. It is a great college to study science as they are highly focused on technology. Since ages, the University has greatly contributed to the development  of fields such as Medicine, Engineering, Finance etc. If you want to be an eminent scientist, then this is the University you should go to!

It was founded in 1826, and it is the first higher education institution established in London. This University is famous for its multicultural and multilingual campus that attracts candidates from over 150 countries. In addition, the University is noted for its exceptional teaching and best faculty in architecture, life sciences, medicine, archaeology, computer science, etc. University College London also holds around 29 Nobel Prize Laureates among its graduates. It is also partnered with 300 foreign institutions.

Another best thing about the college is that it is located in the heart of Bloomsbury, situated in London's West End, which is also home to most tourist attractions.

It was established in 1895, and since then, it has become a world leader in social sciences. London School of Economics and Political Science (LSE). It is an international hub of academic discussion and meetings. It is well known for hosting regular lectures by some of the most influential politicians of modern times.

The college offers about 36 undergraduate and more than 140 postgraduate and doctorate degrees in 25 departments. LSE's rich academic qualities and curriculum cover the whole bandwidth of social sciences. It also has a strong hold on anthropology, sociology, accounting, and finance.

The University is home to students from 140 countries worldwide, with more than 16 Nobel Prize Laureates among its alumni.

It was established in 1829 and is regarded as one of the most ancient colleges in the world. It has a rich and old history, as the institution played a vital role in contributing towards the development of research advancements that helped discover the revolutionary DNA structure, telephone etc.

It is ranked among the top five best universities in the world. Being a part of King's College will ensure you are equipped with numerous learning opportunities.

Queen Mary is noted for advanced research and outstanding teaching facilities. The University has made major contributions towards robotics, artificial intelligence research, and not to mention scientific innovation. For example, they are the first to start the groundbreaking gene therapy trial, which leads to the cure of a disease like hemophilia. Furthermore, Queen Mary also played a role in the success of the award-winning biography of Charles de Gaulle.

There are lots of educational establishments apart from the aforesaid universities that are worth considering for a possible admission. Hope this article will help you decide on the college you want to start your career with. You can stay in a homestay for students to cut the excess cost.

Especial Rentals offers long-term rental homes in London that can offer you the perfect backdrop to continue quality education in any nearby university. Moreover, you can have the comfort of your home as well as stay on budget.