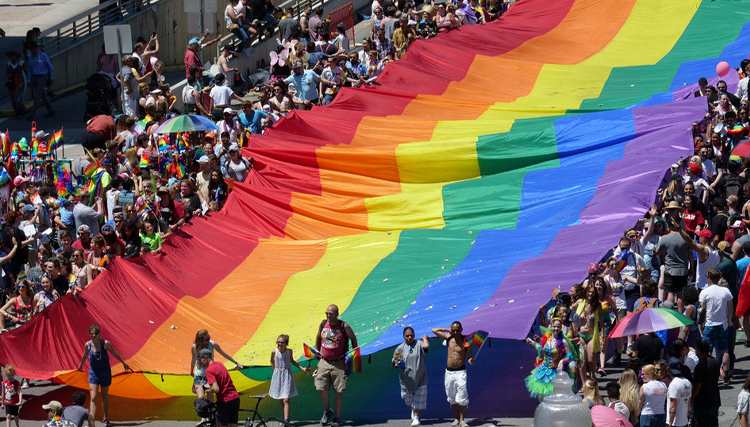 Dublin is the capital of the Republic of Ireland. Located on the east coast in the province of Leinster, Dublin is the country’s chief port and centre of financial and commercial power. It is situated at the head of Dublin Bay of the Irish Sea. It is a warm and welcoming city. The largest LGBTQ+ Pride Festival is an annual function that comprises a series of events.

In 1974, this one-day event extended to a ten-day festival celebrating LGBTQ culture in Ireland with arts, social and cultural content. The foremost aim of Dublin’s Pride festival is to produce awareness for the improvement of the LGBTQ+  communities. Every year members of the LGBTQ community, along with their allies, friends, and families, come together from around the world for the Pride celebration. The parade features colourful floats and people. The route starts on O’Connell Street, turns onto Eden Quay, and goes past Liberty Hall. The first march for LGBTQ rights began in 1983 from this spot which holds an important place in history.

There are many unknown facts about the Pride Festival which are decoded here!

Unknown Facts About The LGBTQ Community and The Pride Festival

The LGBTQ+ communities have been fighting their battles for equality for long years. They are continuously fighting for their equal rights as citizens. Globally, millions of people attend the Pride festival and parades to celebrate LGBTQ lives and march for their rights.

The original names of ‘Gay Liberation’ and ‘Gay Freedom’ were given to inspire LGBTQ+ people to participate in queer activism. The aim shifted from guerrilla activism to forging relationships. The term Pride was introduced to express a sense of community and acceptance.

On 28th June 1969, the police raided a gay club in Greenwich Village in New York City. The event sparked protests and violent clashes in various bars across the neighbourhoods. This month is equally essential for the gay rights movement across the world.

Marsha P. Johnson, an African-American drag queen, and Slyvia Rivera, the first Transgender woman played an essential role in the uprising associated with the Stonewall Riots. The Riot has highlighted the role of transgender people and people of colour in queer history, who are still often excluded and face discrimination.

Gilbert Baker created the original rainbow pride flag in 1978, a symbol for the LGBTQ+ community. Each colour tells what they stand for. The significance of the colours from top to bottom is sex, life, healing, sunlight, nature, magic/art, serenity, and spirit. Since then, the six-colour version of the flag has gained popularity. LGBTQ+ community people are proud of their flag. Baker led the creation of a mile-long, world's most enormous flag, the Rainbow Flag, to celebrate the 25th anniversary of the Stonewall riots in 1994.

Before the rainbow flag, many Gay Rights activists used the Greek lambda as an LGBTQ+ symbol. The historical symbol was used to represent finding harmony and equality. The Greek Lambda symbol was the sign of the Gay Activist Alliance.

The first place where LGBTQ+ people could meet was the Center for Culture and Leisure (COC), founded in Amsterdam. The name of the centre was used as a cover-up. This organisation is still active in Eindhoven.

During the Brisbane Gay and Lesbian Pride Festival, the gay nation was founded on Australia's overseas territory of the Coral Sea Islands near the Great Barrier Reef. They declared war on Australia on September 13, 2004, to legalise their marriages. In 2017, Australia legalised same-sex marriage, and the kingdom was dissolved.

Apart from these, there are many more undiscovered truths about the LGBTQ community and its past. If you want to know more about the Pride Festival and its people, consider visiting Dublin in June. Especial welcomes the LGBTQ community to ensure a pleasant stay in our Holiday Rentals. You can have a month-long trip and rent comfortable holiday homes in Dublin. Enjoy the culture and know the city from its core!