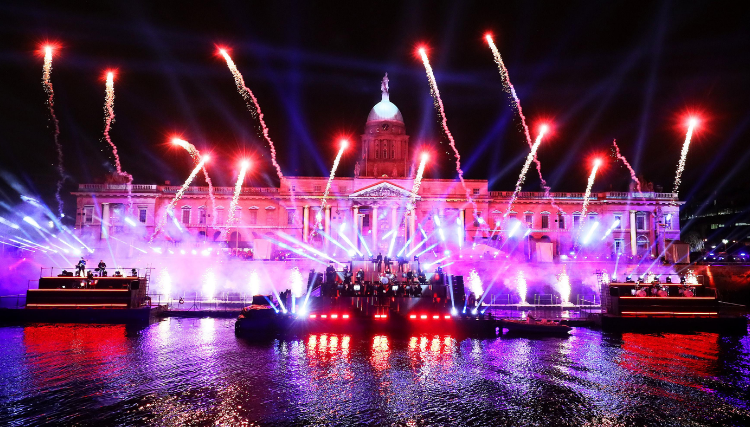 New Year’s Eve is celebrated everywhere, no matter which part of the world you have been stationed in. But, if you are specifically on vacation and visiting a different country for the holidays, it would be nice to keep a guide. On the same note, we have created a list of ‘to-do’ things if you stay at holiday homes in Dublin. So if you are travelling to Ireland for New Year’s Eve, stay tuned.

Dublin is Ireland's capital and not a part of the UK. However, the countries are so close that it makes the cultures assimilate so well. If you are travelling the UK and EU this New Year’s Eve, there are certain destinations that you need to visit. And, when you are staying at affordable holiday homes, you ought to visit the city and nearby locations and enjoy the celebration sprawling out in the streets of the old city.

For a widely-celebrated occasion like New Year’s Eve, you can do many things just by blending into the place's culture. We have listed a few places you can visit on your EU & UK tour if you pass through Dublin during the year-end festivities.

Dublin is a historic place with a lot to offer to anybody visiting the city. There is no shortage of tourist attractions or cultural places for visitors and travellers to find comfort. As a Christian-majority country, Dublin usually hosts a massive celebration on New Year’s Eve. Locals and visitors widely celebrate the entire Christmas and New Year holidays. Here are a few Dublin hotspots during New Year’s Eve that you must check out on your tour.

When you are at holiday homes in Dublin, you ought to come for the New Year’s Eve Fireworks. This ritual is the most common yet mesmerizing to watch for some reason. Almost every country holds its own fireworks show during this time of the year. Dublin is not so far behind in this collective happiness and light demonstration. This event is so popular that you might have to book tickets early or miss the concert. Due to the pandemic, fireworks and drone shows were not presented in an undisclosed public location. This year, the fireworks and drone shows are said to return to their original place to attract world audiences.

Most of our list will consist of events held during the evening or nighttime. However, the  New Year’s Day Parade is an event that takes place during the day of new year’s. This parade has a historical significance. This parade is stated to be one of the most significant street events to occur, covering most city hotspots. The New Year’s parade is so popular that it is televised and watched by millions worldwide.

Dublin has been the cultural capital of Ireland ever since the beginning. So, during new year’s eve, you will surely find a few cultural shows around the city. The first and foremost cultural attraction would be the spoken word festival for three whole days. Poets, rappers, and spoken word artists come from different places to attain this specific event. There are other cultural things that you can do in Dublin during the festive seasons. For a musical new year’s eve, you can head to the Ruby session, where Ed Sheeran, Damien Rice and other big names performed last year.

As you are supposedly staying in holiday homes in Dublin, it would not be much of a financial burden to witness the local celebration. One of the most fantastic attractions in Dublin is the Luminosity, or the lights show that takes place all across the city. These 3D light shows are held on Dublin‘s most iconic or heritage buildings across the city. The show commences around 5 in the evening and ends as the clock strikes 12.

The EU tour has many breathtaking places that any traveller on a wanderlust would happily run after. When visiting a foreign land, you can plan your trip all by yourself, but it would be incomplete if you did not include some local quirks. From holiday homes in Dublin, many visitors flock on holidays to see the many attractions of Ireland’s capital.