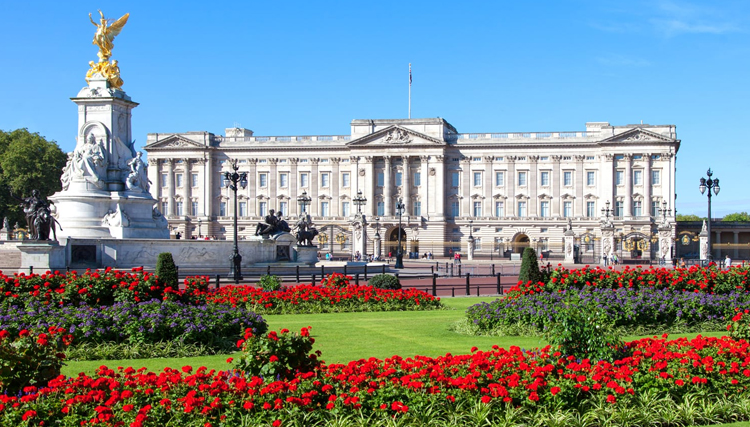 7 Royal Things You Cannot Miss Out in London

Do you want to see all that London has to offer, including a visit to Buckingham Palace? If you're a fan of the British Royals and are fascinated by where they live and what they do, you can learn more about their history and heritage by following our comprehensive Royals Guide to London. Take a step closer to the Queen, Prince William, and Prince Harry and traverse the same corridors and passageways that Kate Middleton and Meghan Markle walk. Visit these London attractions to learn more about the Royal Family and the British monarchy's history.

Where better to begin your royal tour of London than Buckingham Palace, the Queen's official residence? The palace, located in the heart of London, is one of the few still operational royal palaces in the world. Every summer, the castle is accessible for ten weeks to visitors, who are welcome to wander through the 19 stately State Rooms. You can follow in the footsteps of the Royals by visiting these rooms, which are frequently utilised for ceremonial occasions by the Royal family. Adult tickets to the State Rooms cost £25.80, while student tickets cost £22.80. The Changing of the Guard event takes place outside the Palace every day at 11 am and at 10 am on Sundays.

The Royal Mews is the central location for all modes of transportation utilised by the Royal Family. It comprises a collection of horse stables, carriages, and State Cars, all of which are used by the Royal Family for official engagements and ceremonial events. The Royal Mews is now inaccessible to the general public; however, they are scheduled to reopen between May 19 and October 2, 2022.

Westminster Abbey has hosted five royal weddings throughout its history, including The Duke and Duchess of Cambridge, The Queen, Prince Philip Mountbatten, Princess Margaret and Anthony Armstrong Jones, and Prince Charles and Lady Diana Spencer. In addition to being a well-known and much-loved London landmark, this beautiful Abbey church also has a great deal of royal significance.

If you have a passion for history and want to make the most of your time in London, you shouldn't miss the opportunity to see the Tower of London, which dates back one thousand years. This famous tower has had a variety of uses throughout its history, including those of a fortress, a royal residence, and even a torture prison. You may even go on a guided tour of the torture cells and the Bloody Tower, both used during the time of the Tudors. The execution of Catherine Howard, the fifth wife of King Henry VIII, took place in the Tower of London. The Crown Jewels are a world-famous collection of 23,578 gemstones that are a part of the Royal Collection and are still used and worn by the Queen today. They are kept at the Tower of London. Because of this, the diamonds are protected at all times by armed guards.

Do you have a soft spot for Diana, Princess of Wales? Visit the Princess Diana Memorial Fountain in Hyde Park, which was dedicated to the holy soul on July 6th, 2004, by Her Majesty The Queen. The minimalist fountain is crafted from 545 pieces of Cornish granite.

The Sunken Garden is a must-see on a royal tour of London. Visitors to the grounds do not need a ticket. TRH The Duke and Duchess of Cambridge and their children have their official residence at Kensington Palace. A one-way ticket gives you access to the palace and any exhibitions that may be taking place at the time.

When for a month-long tour in London, you have the opportunity to explore yet another Royal Palace in London. The historic Hampton Court Palace can be found in the London Borough of Richmond and it brims with information about the royal family. Since King Henry VIII, his wives, and his children all resided in this palace at one point, you can gain a genuine understanding of their exciting lives and Henry's contentious rule by visiting here. You can walk the same arenas as the legendary Tudor King, Henry VIII's Great Hall, the gorgeous Hampton Court Palace gardens, and more inside the palace. You can visit Hampton Court Palace easily since it is accessible to the general public. This means that you may look at the royal chambers, apartments, staterooms, the chapel, and even the Haunted Gallery, where it is said that the ghost of Catherine Howard still lingers.

Plan a vacation trip to London to explore the aristocracy of this place. Even if you are here for long corporate stays at holiday homes in London, do not miss out on the royal charm!