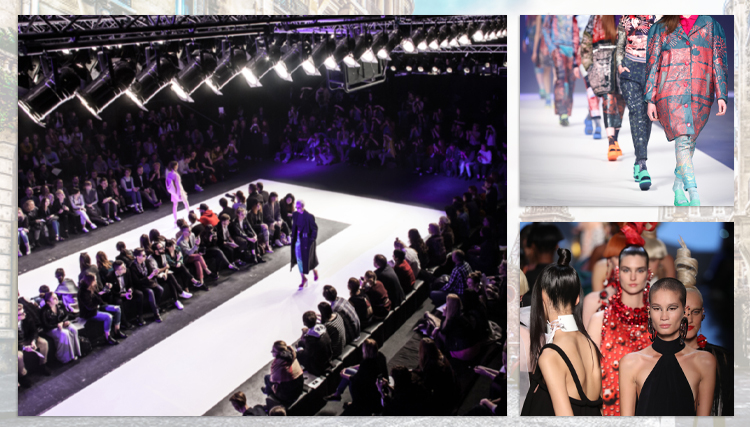 Paris Fashion Week- Get Ready For Some Style Dose

Paris, The city of love and light, is known as the epitome of art and culture. Since the middle ages, the city has shown keen interest in art, fashion, and culture, which is why some of the most renowned museums, structures, and historical ruins are found here. The city of love is represented by the Eiffel tower but is also noted for having the world famous fashion studio haute couture. But the city is also famous for organizing the most prominent fashion event, Paris Fashion Week, a grand celebration for fashion connoisseurs.

The fashion week reminds the world from time to time that art and fashion go hand in hand, and Paris is the biggest hub of all the new trends. Although it seems that Paris Fashion week represents fashion and luxury, being the pioneer of fashion, this event celebrates and represents various styles and trends and embraces world fashion. So if you are among the one who shows a keen interest in the world of glamor, then this article will draw all your attention; we will reveal some unknown facts about Paris Fashion Week that will blow your mind. So keep on reading to uncover more.

The Origin Is Not In Paris

Well, this information is undoubtedly going to blow your mind. The creator of haute couture, Mr. Charles Fedrick, was not from France but from England. After moving to Paris in 1846, he started exhibiting his creations on live women. The first fashion week had taken place in New York in the year 1943, but to control the American influence over the event, it shifted to France, and the official Paris Fashion exhibition took place in the year 1945

The fashion show was started in 1852, which is around 170 years back from today's date, but the catwalk was not invented then. So imagine a fashion show without a catwalk! But it originated 70 years back in Paris Fashion Week, and since then, it has become an integral part of every fashion show worldwide.

From Mannequin To Real Woman

During the early years of fashion history, the Paris Fashion Week was held as a platform of business where the designer used to put their creation on mannequins and show them to the client. But It was difficult for the clients to understand how it would look on a living woman. Since then, the idea of using live models erupted and live women started posing as models. In 1850, Charles Fedrick, the father of haute couture, first used live women as models to represent his creation.

The Battle of Versailles

It Is An Biannual Event

As the name suggests, Paris Fashion Week may seem to be a week-long annual event, but it occurs twice a year in different seasons. One happens in February, and the other happens in September. The only purpose is to show seasonal fashion and style. French Fashion f\Federation chooses the exact date each year.

The Paris Fashion Week is also known for breaking all the social norms and stereotypical thinking and giving birth to new ideas. The first stereotype broke by casting black models, which had never happened before in the fashion world. An American designer introduced 36 models; among them, 11 were black. This innovative gesture left the spectators awestruck and stole the entire show.

From Private To Public

Till 1984 fashion shows were supposed to be private affairs; until then, a famous fashion designer known as Thierry Mugler made it public by organizing an open-to-public fashion show at le zenith stadium, which was witnessed by more than 6000+ spectators.

Hope you have enjoyed this article, and if you want to witness the Paris Fashion Show this September, grab your tickets and book your convenient rental home in Paris through Especial Rentals.